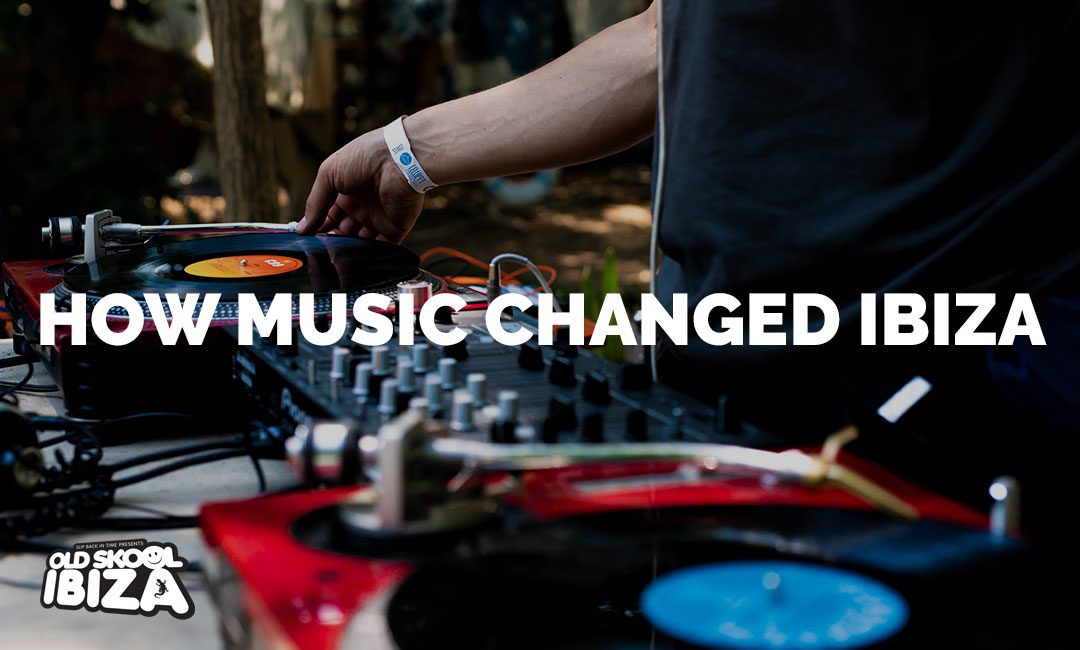 Naturally, Ibiza wasn’t always the party-slash-clubbing-slash-dance music capital it’s known internationally for today. We’re going to take a look at how music shaped the Ibiza millions flock to every day.

Ibiza’s illustrious musical history goes back all the way to the 50’s. Visitors from Monaco, Prince Rainier and Aristoteles Onassis, could perhaps be credited with starting the whole thing when their presence drew in the attention of thousands of other tourists. Ibiza was known back then for its idyllic locales and quieter way of life. The world was buzzing with activity back then, largely due to the war, and people were looking for a haven.

The hippy community and their characteristic musical tastes and performances followed, turning Ibiza into an idealistic if, according to some people, perhaps a touch hedonistic mecca. It was quiet, it was out of the way from the rest of the goings-on in the world, and the local culture was enticing- all of those drew in thousands of hippies. They vibed well with the artistic locals. Colorful traditions like song and dance were still being practiced. The local and traditional meshed with the modern with the arrival of the hippies. Psychedelic rock played regularly.

In the early 60’s, the Rolling Stones paid a visit to San Antonio- you can imagine how that went! Late on, in 1976, Antonio Escohotado opened a discotheque in San Rafael: The Workshop of Forgetfulness, which would later be known as Amnesia. That was it: the start of Ibiza’s penchant for dance music.

It wasn’t long before more discotheques were popping up around the island. Pop and rock blended together in a psychedelic haze for musicians and artists, young and old. Parties were colorful and immersive.

Another club, Pacha, started playing Brit rock. This was kick-started by Pacha’s first DJ, Piti. Other tunes in the flavor of soul and pop were just as prominent. All of these genres made the hippy populace happy, and they drew in more party-goers. Ibiza just kept on becoming more popular and that was in large part thanks to the music.

In the 80’s, the Balearic sound we all love was becoming more crystallized. There was freedom in partying outside to idyllic, entrancing Balearic beats. Amazing Amnesia DJ Alfredo Fiorito, who truly helped form Ibiza’s party and music identity, lead the charge into the future with sets that helped shape dance music. He played Talking Heads, Bob Marley, Prince- and house. His brand of spinning was different- you either loved it or feared it.

But the love was strong, and it served to bolster Amnesia’s popularity. And in the 80’s, four London-native DJs took their Ibiza experience with them back home and kick-started the acid house movement, further cementing the electronic club scene that would later take Ibiza by storm.

In the 90’s, techno, euro-trance, and house reigned over all the big clubs. Booming, both in sound and in popularity, and fully completing Ibiza’s metamorphosis into a party mecca. Later on, live bands would come over to play for crowds of adoring party-goers. It was all, and still is, a very lively affair.

But while some clubs specialized in party music, others fully embraced chilling out. In these clubs, sunset views and soulful, easy listening were the main draws, and they fully rounded out Ibiza’s complex, multi-faceted music identity. Balearic sounds were undeniably a part of the Ibizan soundtrack and people were snatching up CDs and plane tickets to Ibiza en masse when it gained international traction.